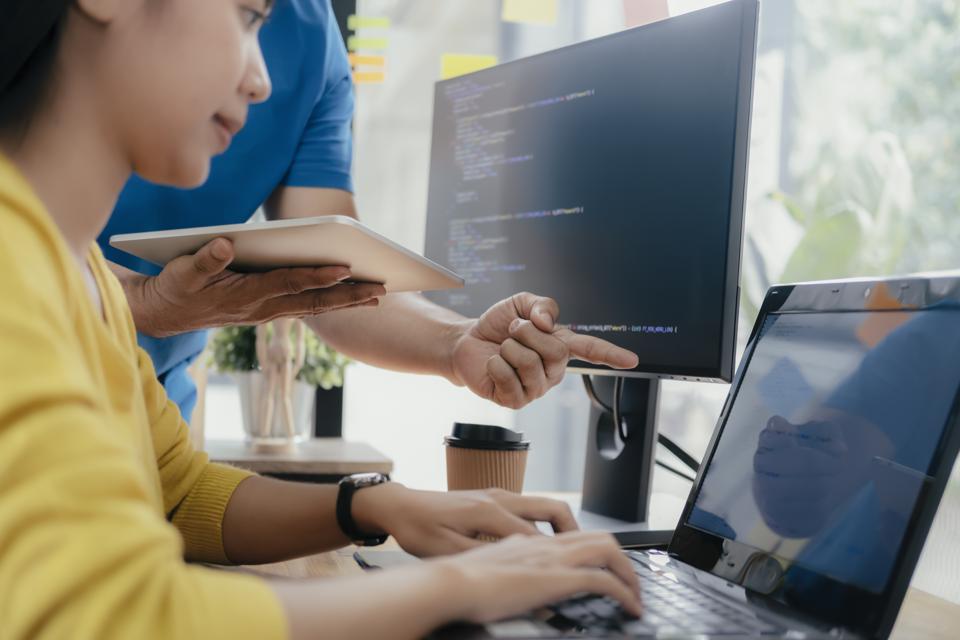 Often when someone talks of a website, the frontend where the user/visitor interacts is what comes to mind. However, backend web development is where most of the magic happens. This backend has been said to be the engine of a website, as it is where developers get to define how the website will function.

With the growth in the complexity of technology, frameworks have become an integral part of web development. Depending on the features and functions you want your website to perform, the framework you choose will determine the nature of the success and functionality of your website. The best developers are versed with these latest technologies, but most specialize. Here, we will feature some of the top web development frameworks in the market to help you make a decision.

In recent years, Node.js has grown in popularity within the developer’s community. Consequently, Express has gained a reputation as one of the most preferred backend web development frameworks. The popularity is attributed to it being minimal and flexible while giving room for robust features a developer needs. This flexibility makes it suitable for single-page and multipage/hybrid web applications alike. Perhaps the most appealing characteristic of the Express framework is that it leverages Node.js performance, allowing for a light coating of web applications without obscuring the node’s features.

Express is also compatible with other frameworks like Sails, LoopBack and Kranken. The flexibility and its minimalist nature have seen big brands and companies like Twitter, Accenture and Stack, among others, use Express.

In addition to the framework’s minimalists and flexible nature, other pros of Express include:

• It supports a large number of plugins, which allows you to add more functions and features in your web application.

• Express is not opinionated; thus, it comes with no definitive way of organizing your routes. This creates more room for flexibility and creativity.

• It has a simple and straightforward set.

Python is one of the most popular programming languages, ranking top in most online surveys within the developer’s community. Django is a framework based on Python. It brings together almost all the features and components a developer would need for their web development project, thus eliminating or minimizing the need for third-party plugins.

Big companies such as Instagram, Spotify, The Washington Post, Dropbox and Pinterest use Django. Their preference for Django is attributable to the fact that it is fast, simple, secure and accommodates most web applications, creating room for flexibility. The framework is also quite elaborate and well-established, making it reliable.

Django comes with plenty of pros, including:

• It is highly customizable, given it’s written in Python. This allows you to add multiple features while maintaining compatibility with most databases and operating systems.

• The security features are quite robust.

• Given it is set up on Python, it is easy to scale up or down.

Laravel is known for its capabilities of building robust web applications. The framework comes with most components one would need for backend web development. Perhaps the most interesting aspect of the Laravel framework is that it uses PHP — the most popular web language.

The structure and design of the Laravel framework make it friendly for beginner and expert developers alike. Despite being a relatively new framework, its expressive and exquisite structure allows you to explore more customization options in backend web development. It is these attributes that have seen companies such as 9GAG, BBC, Crowdcube, MasterCard and Ratio adopt the framework in developing their products.

The advantages of working with Laravel include:

• Faster product development allows for efficient use of time. The framework is open-source, and since its creation in 2011, it has been upgraded with various prebuilt functions and features. This makes it easy to develop web applications faster.

• Laravel comes with better options for authorization and authentication. This is particularly good for business applications that require verification of credentials via login or registration.

• The framework has decent documentation and a large community, which makes it easy to access support and new features and functionalities.

While being open-source has created a large community and room for developing the framework, the main disadvantage of Laravel is that it lacks built-in support, which means one has to rely on third-party tools for solutions.

.Net Core is arguably the most versatile backend framework available. Its popularity has experienced a steep growth over the past couple of years. In a few years, it is likely to be the most preferred framework among developers.

The growth in popularity of the .Net Core framework is attributable to several features. Here are some of the advantages:

• Improved performance due to code optimization. Unlike other frameworks, you do not have to change the code for the optimization to happen. Its core compiler automatically optimized your code.

• It is a great option if you want to create a cloud-based web application; hence, it’s very suitable for customizing business websites and online stores.

Your backend web development framework of choice is dependent on the level of the task being undertaken and the functionalities you want to achieve. As highlighted, these top frameworks come with varied features and functions. Hopefully, they provide more insights to help you execute your project.