John Maeda on What Really Matters in the World of Design 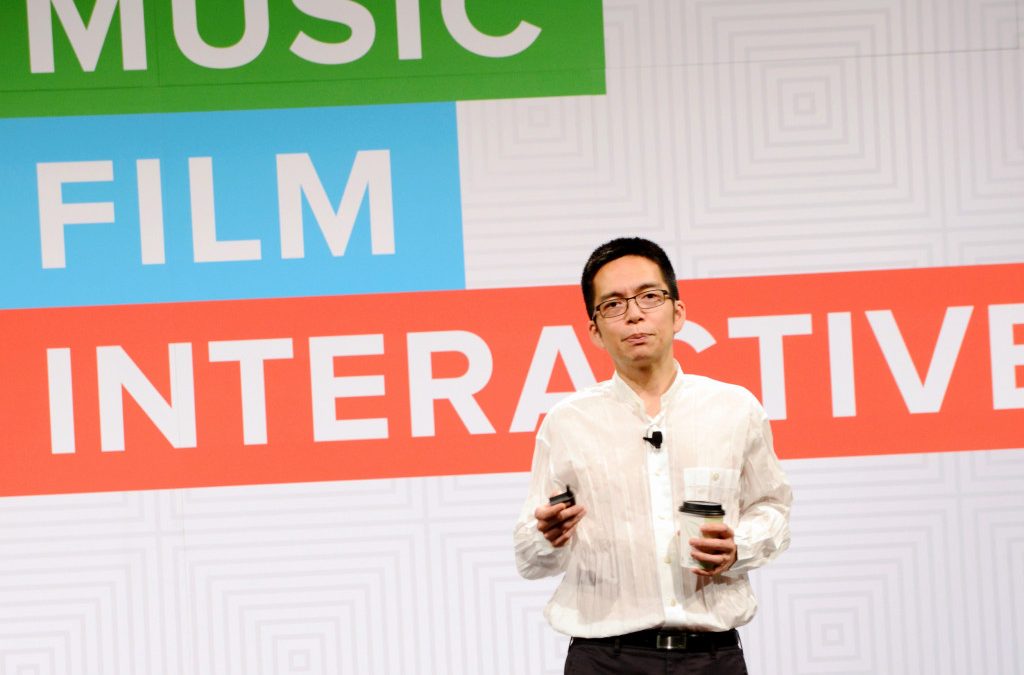 LAST YEAR AT South by Southwest, John Maeda, a design partner at Kleiner Perkins Caulfield & Byers, presented his inaugural Design in Tech report. In a slideshow modeled after Mary Meeker’s Internet Trends reports, he showed that design has indeed become integral to the business of technology. Figures like 27 (the number of designer-founded companies acquired by giants like Google and Facebook), and $13 billion (last year’s valuation for Airbnb, a company founded by designers), helped make Maeda’s case.

Maeda presented his second Design in Tech report Monday, again at SXSW. In his wide-lens look at the industry, Maeda doubled down on his original thesis: That big businesses want, need, and will pay for design. He supported his argument with data on mergers and acquisitions: This year, he counted 42 design firms that have been acquired since 2004. Roughly half of those transactions happened in the last year, and Accenture, Deloitte, and IBM—not companies you’d traditionally associate with design—were the main purchasers. “I’ve been arguing for a while that the Fortune 500 companies, they’re interested in design but don’t know how to get it,” Maeda tells WIRED. “The easiest way is through a consulting service. McKinsey, Accenture, or whatever. Consulting firms, in order to build capacity for this demand, have been doing so by acquiring design companies, because they can’t grow them in house.”

But this year’s Design in Tech report is more than a redux. Not to give away the ending, but Maeda closes on a slide highlighting the “Three Kinds of Design” currently at play. There’s design (“classical design”), business (“design thinking”), and technology (“computational design”). The last two have to do with creating products with empathy for the customer, and keeping pace with current paradigms in technology, respectively. They also tend to have more reach. Where classic design might impact a million active users, design thinking and computational design stand to affect hundreds of millions. What’s more, classic design projects tend to be finite; whether it’s a building or a page layout, once they’re built, they’re done. In business or technology design, the product is always evolving. “The three categories above are co-dependent,” Maeda notes on the slide. But it’s the last two categories—the ones linked to business and technology—that are growing most rapidly.

On the business side of things, design thinking has become an invaluable tool for companies looking to empathize with (and capitalize on) underserved markets. Take Bevel, former Foursquare executive Tristan Walker’s haircare and shaving line designed specifically for men with coarse and curly hair. Or Progyny, a digital platform for fertility health and information about IVF treatment and egg-freezing options. These companies aren’t as well-known as, say, Snapchat, but they’re deploying well-designed systems that cater to underserved markets. These companies, Maeda says, are ones that have established trust and spurred “social transformation.”

Speaking of Snapchat, Maeda singles it out when spotlighting the reach and rapid evolution of computational design. Snapchat clearly recognizes its core appeal, and offers it to users quickly and seamlessly; rather than ask you to swipe or push a button to access your phone’s camera, it opens by dropping you right into the app’s hallmark function. At the same time, the company is nimble and relentless in its pursuit of novel features (consider the success of speed overlays, geofilters, and selfie lenses). These invisible, ever-evolving experiences are what make Snapchat work.

When big companies ask for design, these are the kinds of results they’re likely hoping for. Maeda points out that, while corporate interest in design is certainly a good thing, there’s a supply and demand problem. When consulting companies set out to boost their design chops, they’re not necessarily looking for classically trained graphic artists, architects, or industrial designers. More often than not, they’re looking for people who can work on more esoteric tasks, such as designing culture, or designing systems—areas of study that have yet to be incorporated into business school curriculums. But “there’s a gap between what tech needs and what the programs are creating,” Maeda says. “Business schools can’t move as fast, so students are making design clubs in their schools.” Last year’s report celebrated the proliferation of student-led design clubs at MBA programs like Harvard, Wharton, and Stanford; it seemed like a harbinger of more sophisticated design education. This year, it reads like evidence that business schools are falling behind.

Maeda doesn’t provide any solutions to the supply and demand problem, but his report is still a useful tool for looking at the state of the design industry, whole-cloth. There are plenty of other nuggets worth perusing—Maeda spends time applauding Google, for becoming an examplar of computational design philosophy, and lists design thinking books for aspiring autodidacts—but the changing role of the designer is the report’s the main takeaway. The creative minds who break the mold of what we’ve long considered to be a designer—the architect, the suit-maker, the graphic designer—are poised to shape big businesses the most.