Web Development and how its different from Web Design 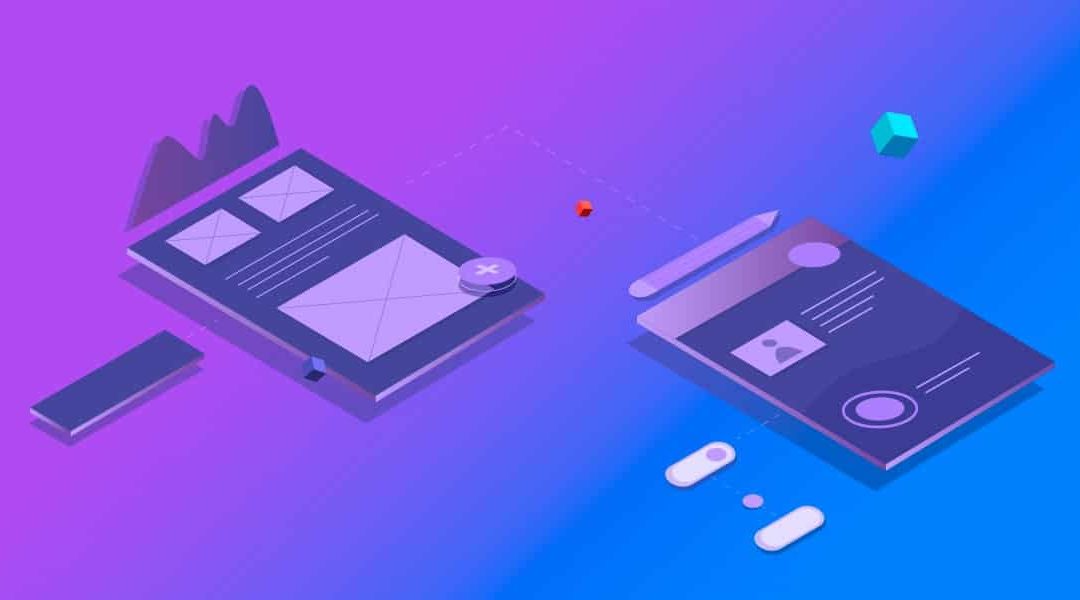 The simplest way of describing web development is that it revolves around the creation of apps and tools that run on web browsers. These app and tools may be exclusively dependent on the server that created them. On the other hand, some of them may only use the server during their initial development or for data storage and retrieval among other things.

To understand the present and future of web development, and also know the difference between web design and web development,  let’s first try to understand its past. The history of web development begun with static web pages and hyperlink navigation. Initially, developers would create static web pages and link them up using hyperlinks. Unlike today’s websites and web apps, there was minimal or no interactivity at all since these web pages were designed to simply convey information and nothing more. CGI was used in the earlier days of web development to generate HTML based on data sent to the server by the browser. The developments that came later were designed to make CGI’s dynamic HTML generation easier. ASP and ColdFusion are examples of such developments and they served as a templating language for web development. Through them, HTML could be mixed with special tags and markup which made HTML generation easier, conditional and dependent on a particular web page. JavaScript later sprung up to expand the capabilities of web tools and applications as computers were now faster and a newer technology was readily available to developers. CSS also made its appearance at around the same time as JavaScript. With CSS, developers could now style and change web content. Even with the tremendous milestones already achieved, rendering was still so slow that web pages were hardly responsive. Technologies such as Asynchronous JavaScript and XML(AJAX) were thus developed to solve these problems and allow dynamic updates for web pages. With AJAX available, Single Page Applications (SPAs) could now be built. SPAs are web pages that don’t require any refreshing to update. Now you can use several approaches to create web applications. Web development has continued to grow exponentially. Today, we even have web-based operating systems such as Google’s Chrome OS. Cloud technology too, has become so big in recent times that it’s hard to imagine what more the future holds in terms of web development. Also you can read more about modern web development and technologies which level up websites to the next era. Many web platforms remain popular today. WordPress is one of them. Modern WordPress website development services include the web apps development, using modern JS libraries and frameworks. So, if you need a modern website or web app that based on time-tested solution, you able to use it.

The commonest technologies that developers work with in the development of websites and web applications are HTML, JavaScript, and CSS.

HTML is the heart of web development. It forms the building blocks that developers use to create web applications. In fact, it is possible to code a complete website entirely on HTML. HTML is a series of tags coded to define a web page’s format, layout, and components. All forms of web development run on HTML. On its own, HTML will nonetheless not accomplish much in rendering a page. It ought to be accompanied by JavaScript and CSS.

HTML was initially used to specify a web page’s format and layout. The problem, however, was that a lot of work had to be done in order to execute a small change in style. For instance, changing the color of buttons in a website, required an alteration of HTML in multiple places. Nowadays, styling and web content are handled differently during development. HTML handles the content and CSS styles it. This way, one can use a small set of CSS files to style a whole web application. A single file can, for instance, be modified in CSS to change the color of the buttons on an entire site.

This is a programming language that allows the developer to manipulate web pages. By manipulating the model of a webpage using JavaScript, a developer can easily alter the style and structure of a webpage. This makes JavaScript a powerful resource with a critical role in web development.

THE DIFFERENCE BETWEEN WEB DESIGN AND WEB DEVELOPMENT

Web design is all about bringing ideas and web concepts to life. Web designers take your story or vision and create a design that is visually appealing. As such, they are tasked with designing how a website will look and feel. Much like an architect designs the plan before a house is built, so do web designers model a website layout before web developers can begin building the website. It is the layout that web designers create that is used to create the UX (User Experience) for the entire site. The role of a web designer is often taken for granted by folks with little understanding of the job. It’s the designers that develop the entire environment that users find welcoming. They conjure up and create a blueprint for the ultimate user experience. This is no light job given that they have to begin working from a clean slate. All they have is a verbal or written idea of what a client wants. They then tug at this idea and transform it into usable web design. Therefore, it suffices the success of any web project greatly depends on the web designer who broke ground on the project. Typically, web designers start their work by analyzing the scope of a website; i.e. The purpose and focus of the site. After scrutinizing the scope as well as the features and specifications from the client, the designer will then sketch a model website. Next, they design wireframes and mock-ups. The final design of a website usually a layout of the web pages, typography, icons and buttons among other intricate features.

In this article, we briefly explained the concept of web development and then highlighted the differences between a web designer and a web developer to make it easier for you to hire the right professional based on your project’s needs. Nowadays UI/UX design moves a focus of the web development. The right UI/UX design is beneficial for business success, especially for startups. If you would like to discuss Your Website’s SEO with Mojoe.net or your website’s analytics, custom logo designs, social media, website, web application, need custom programming, or IT consultant, please do not hesitate to call us at 864-859-9848 or you can email us at Article Provided By: F5 Studio