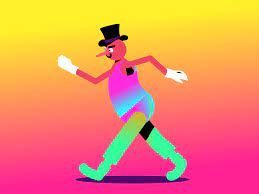 To Gif or Not To Gif

Before we talk about the use of a gif, lets first discuss a little thing called Fair Use. “What is Fair Use?”, you ask. Well, here is how the Stanford University Libraries define Fair Use.

In its most general sense, a fair use is any copying of copyrighted material done for a limited and “transformative” purpose, such as to comment upon, criticize, or parody of a copyrighted work. Such uses can be done without permission from the copyright owner. In other words, fair use is a defense against a claim of copyright infringement. If your use qualifies as a fair use, then it would not be considered an illegal infringement.

So what is a “transformative” use? If this definition seems ambiguous or vague, be aware that millions of dollars in legal fees have been spent attempting to define what qualifies as a fair use. There are no hard-and-fast rules, only general rules and varied court decisions, because the judges and lawmakers who created the fair use exception did not want to limit its definition. Like free speech, they wanted it to have an expansive meaning that could be open to interpretation.

If you want to make a statement or comment on a written or copyrighted image (movie and or video), you may reproduce it in a limited form but not entirely. You can’t, for example, take a image and make a thousand tee-shirts or make a thousand copies of your favorite CD an sell them for $20 a piece. At least not without permission and paying the copyright holder. But, if you use a clip from a movie to comment on an idea or to get a message across to someone or someone’s, that would most likely fall under the terms of Fair Use.

Something you should know, is that as of right now, no one has ever been sued for the use of a animated gif. But, if you are a genius, and you find a way to make a billion dollars, from an animated gif, I would think you would be the first person ever to get sued for infringement.

The bottom line is, if you are using the gif to lead a viewer to something else or to a different way of thinking, it should be okay to use an animated gif. Just don’t try to reproduce and sell other artists work for large sums of money and you should safe from law sues.

One other thing to consider, I am not a lawyer and I’m not a copyright expert. This article is to inform you (in simple terms) of the information I found in researching this article.
Article By Lance Roberts