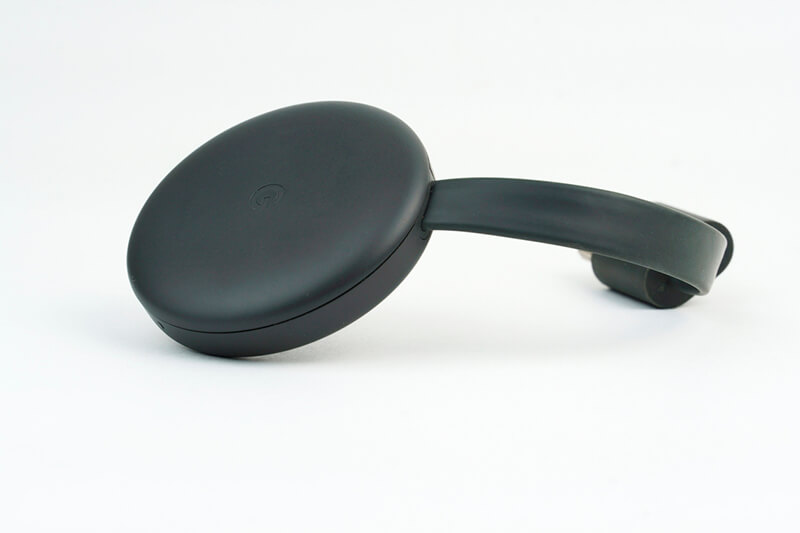 In one tiny, $35 swoop, Google just re-positioned the television as “a receptacle unworthy of bell and whistle innovation,” as my friend John Abell recently put it.

Chromecast, a thumb drive-sized dongle that jacks into a TV or projector’s HDMI port, lets you take over a screen with your computer or mobile device. It’s been called “magical” by various gadget reviewers (a term generally reserved for Apple devices), and it sold out instantaneously last week after Google announced it at an event in San Francisco.

In the same way that making automobiles smartphone-compatible has proven to be vastly superior (and more cost-effective) than reinventing smartphone functionality and building it into every car’s dashboard, the television set paradigm has just shifted. Why pay extra for expensive technology built into your screen when you can bring your own bell and whistle to any screen you want?

That’s exactly what Google is saying with Chromecast.

While an arms race among television makers has been mustering over the development of “smart TV” that lets people use the Internet on the biggest screen in the house, Chromecast is like Dropbox for TV. Everywhere you go, you can have your stuff, on any screen, doesn’t matter if it’s “smart”, dumb, big, or small. And you can use your frigging phone or mouse instead of a remote. I think it’s one of the smartest moves the company has made in some time.

(Side note: You’re right, it’s not file storage, but the principle of having your own stuff everywhere is where the Dropbox analogy holds up.)

This makes it clear that Google isn’t as interested in devices as it is platforms that can serve every device. Which is smart, as it gets back to Google’s roots. Combine that with tools for programmers that will let anyone code practically any add-on, and Google’s suddenly one-upped every device maker out there who’s been feverishly soldering motherboards and ethernet ports into flatscreens.

More importantly, Chromecast shows us that in the future, screens will be screens, nothing more. A few years from now, I think the mighty display will be decoupled entirely from computer processing. As mobile devices get more powerful, we may all simply carry processors with us and “cast” onto screens when we want to work on a desktop or watch TV.

I’m not normally a Google fanboy, but I imagine a lot of device makers are panicking right now.And whereas the launch of a clever, first-to-market product doesn’t guarantee market success (Google certainly has lost other battles), Chromecast takes the smart TV battle to new turf.

So, why should a non-gadget-geek be excited about Chromecast?

If you have Internet, Chromecast just enabled you to cut your cable and throw away your Boxee or Apple TV and all the accompanying cords. You get Internet TV without buying a new TV.

I ditched cable long ago in favor of Netflix and Hulu on my Roku box. The problem is Roku doesn’t let me browse the web, doesn’t get Youtube and other channels, and like many of its counterparts, decides to reset itself every once in a while.

But like most people, I have a computer (a few of them, if you count my smartphone and tablet) and a strong Internet connection. There’s plenty of processing power in my living room to run Hulu. And now I can do so without buying and maintaining superfluous machines.

For the TV-addicted, I think Chromecast makes tons of sense when traveling. In the same way that many people carry a WiFi hotspot with them when on the go (I use Karma), I think we’ll start seeing people pack Chromecast with them and just pop the dongle in their hotel flatscreens (or crappy box sets if you stay at the kinds of places I stay at!), so they can watchtheir TV on any TV.

But the use case I’m most excited for? Work presentations.

You know how every time you go to a conference room and need to present something on a big screen, everyone ends up on hands and knees under the table fiddling with cords, while some guy runs to find an adapter, then you all stare at a blue screen while flipping through the AV1, AV2, AV3… channels in search of a signal? Yeah, you’re never going to have to do that again.