Should a Startup Ever Splurge on Logo Design? 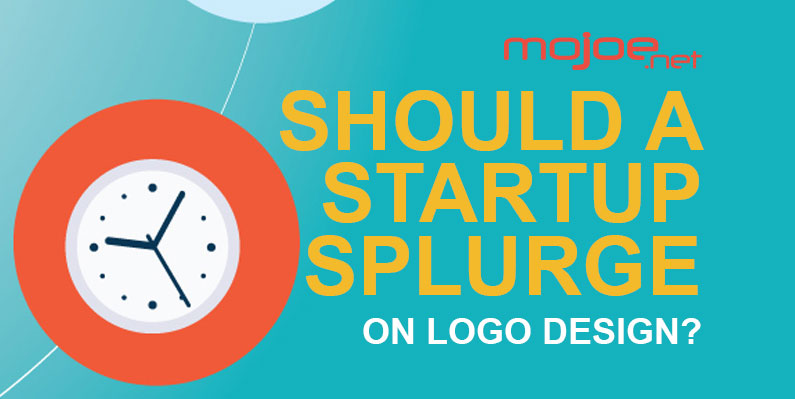 How much should your startup spend on a logo?

I recently asked a friend that owns a branding agency this very question, just to gauge a reaction, and his response was, “how much does it cost to build a house?” Clearly there’s a bit of “wise guy” in such a retort, but the reality is he’s correct. A logo can cost as little as $5 or upwards of half a million dollars through a top-of-the-line, full-blown branding and marketing agency. So where should you and your startup logo pursuits fall in this enormous span of financial resources?

The answer to this question is rooted in your current situation — including items as simple and straightforward as the amount of money you have in the bank to dedicate to a logo, to how far along and developed your startup brand and voice is. Let’s look at two scenarios that are most likely to apply to your circumstance.

Early on and bootstrapped.

At this point in your startup venture, you’re clearly scraping by with little money to spare — so the thought of spending thousands on a logo isn’t exactly reality. The good news is that there are a number of effective options for having a relatively large number of logos produced for a fractional cost — which can be for as little as $5 at fiverr.com to a few hundred with the Tim Ferriss favorite, 99 Designs.

Both represent real early options, but with the latter, 99 Designs, offering a rather large number of artists and graphic designers that submit their ideas as options and are vying for your business — as opposed to Fiverr, which includes you working directly with one individual — but is also fantastically inexpensive.

There are certainly a large number of options when it comes to graphic design for your logo — with BottleKeeper we paid $200 to a graphic designer I’d previously worked with to create exactly what we told him to, which worked great for about a year. The difficulty, at least early on, is that you don’t exactly know your brand or brand voice yet, largely due to the fact you haven’t had enough time and interaction to develop it, so there’s absolutely no reason you should be paying someone thousands to attempt to encapsulate what you think might ultimately be your logo.

So you’ve been in business for a bit of time — maybe a year or so — and you think you have your brand and voice solidly built and defined. You’re also generating some revenue and are, like almost every other startup, re-investing that revenue back into the business to further develop infrastructure, product, sales pipeline, etc. You’ve come to the point where you think your company has outgrown the original logo — which you spent a pretty small amount of money developing — and you’re ready to step up your game.

As of now, there’s a fairly large difference between your previous and current needs, which largely revolve around encapsulating the brand you’ve so diligently built into your logo — this doesn’t necessarily mean that you must ditch your current logo completely. You very well may be able to tweak or reinvent it in such a way that it better represents your brand.

At this stage, you’ll be looking for the services of a branding and logo development company that has the expertise necessary to take the brand you’ve built and visually recreate it into something both highly creative and representative. Once you get to this point, you can expect to invest — yes, invest — upwards of $5,000 to $10,000.

It’s key to note that the mindset associated to the following circumstances can change pretty tremendously if you’ve raised a large amount of seed capital — which is certainly the theme these days — mainly because you’ve got a few bucks to spend or invest. I will contest, though, that despite having the money — which technically and legally speaking, isn’t yours — you should still avoid investing in brand and logo development until you’ve accomplished some important early milestones.