Why Is Computer Programming Important? 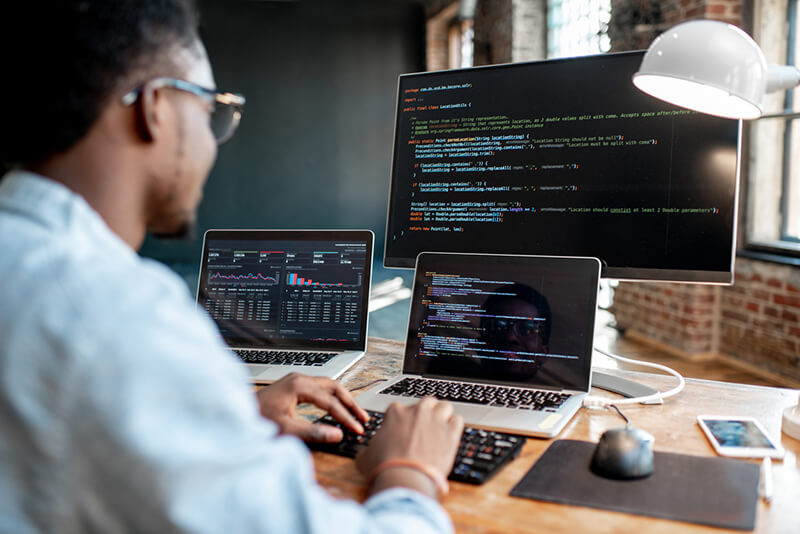 Why is Programming Important?

Programming is using a language that a machine can understand in order to get it to perform various tasks. Computer programming is how we communicate with machines in a way that makes them function how we need.

What Is a Program?

A program is a group of logical, mathematical and sequential functions grouped together. When they are grouped, these functions perform a task. Each programming language focuses on different types of tasks as well as gives commands to the machine in different ways.

What Is a Class?

In computer programming, a class contains a group of instructions that act as commands for the computer. The class is made up of variables, integers, decimals and other symbols. These are put together in certain orders to let the computer know what task to perform.

What Is a Function?

Even if you are new to computer programming, you are familiar with functions. If you use an online music streaming program, you press the button to start or pause the play. Those are functions.

When classes of programming languages are grouped together, they create functions. These functions allow you to perform certain tasks in a program. Some functions are small and control just one aspect of a piece of software or program. Other functions are big and ensure that the program itself runs.

What Is a Command?

Commands are the methods to control certain aspects of the program or machine. Programming languages use classes and functions that control commands. The reason that programming is so important is that it directs a computer to complete these commands over and over again, so people do not have to do the task repeatedly. Instead, the software can do it automatically and accurately.

Why Is it Important to Know About Computer Programming?

What Is the Future Impact of Computer Programming?

Technology production is an essential part of an evolving world. This means that computer programming is exceptionally important for our future as a global society. Computer programming degree graduates can help create this future by automating processes, collecting data, analyzing information and sharing knowledge to continuously innovate and improve upon existing processes.

This means that, while computer programming is extremely important today, it may be even more impactful in the future. As computer programmers across the world work to learn new ways of communicating with machines and computers, the field will continue to grow. Earning your computer programming degree now means you can be part of that research and testing to develop functions that can help society.

Programming is important today because so much of our world is automated. Humans need to be able to control the interaction between people and machines. Since computers and machines are able to do things so efficiently and accurately, we use computer programming to harness that computing power.

What Are the Important Computer Programming Languages to Learn?

The best way to determine what programming languages to learn is to know what skills you will need in order to be a successful computer programmer.

Popular and important computer programming languages based on necessity and application include:

Each of these language ranges in usability and ease of learning. Python is considered the best beginner programming language. It is easy to learn and to deploy. Java has been a popular language for many decades. It is the official language for Android apps. C and C++ are considered the foundational languages for many operating systems and file systems. JavaScript is popular for front end developers because it helps make applications look clean and clear for the user. Swift is a native iOS language and has been growing in popularity as Mac and Apple products become industry favorites.