Conceptional Design – What it is and Ideation 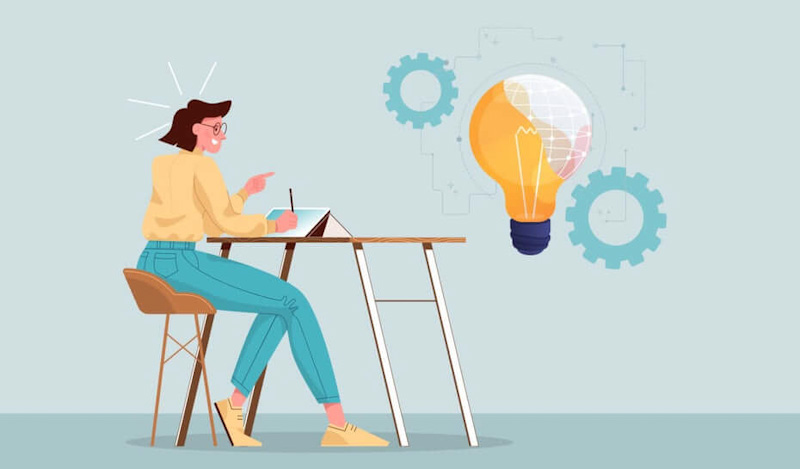 How do you design an idea? This might sound like nonsense, but visual communication (such as graphic design) requires meaning in order to convey a message. This means that to create an effective design you must have a reliable way of establishing a core, compelling idea early on in each project. This is called conceptional design.

The process of creating an effective conceptual design is a multi-dimensional undertaking. In the beginning, it’s important to have a solid idea and approach. In some cases, it can seem easier to simply find a concept and run with it than to iteratively create one yourself. This will only end in disarray – no matter how many “solutions” you find, or how many throwaway sketches or concepts you come up with.

Instead of throwing away ideas – especially digital ones – save them until you’ve defined aspects of the resulting visual that are important to you. Then, go back and refine your ideas for those visual elements. This will keep your ideas organized, while still leaving room for new ones to develop.

This all sounds great in theory, but what does it look like in practice? Let’s take a basic logo design as an example. A logo is used to visually represent the brand identity of an organization. As such, it should not only be instantly recognizable but also easily extendable into other aspects of the design system (typography being the most common). To begin with, you need at least one core idea to get you started: a direction that you can both work towards and expand upon as necessary.

This core idea is not limited to a single concept. The best concepts are often simple, yet wide-reaching in terms of their potential application and the meaning they bring to a project. Here are some examples of popular concepts that have been applied across many different projects:

The core idea can also be applied outside the context of developing a logo:

Once you have an initial concept defined, it’s time to start developing that direction into a full visual identity. Even if you stick with one concept for the duration of your design, try to expand upon it. This means coming up with additional ideas for how to apply this core concept and finding different ways to take it even further.

While it’s a good idea to keep your layout and color schemes consistent with your concept, it’s okay to have some subjectivity in terms of final touches. If you’re not happy with the visual direction of a project, or you find yourself running out of ideas, take some time in the beginning stages to think about what kind of vision could be applied to express the core idea in new ways. The following are two examples:

Once you’ve secured the core concept for a project, there are many things that can be done to further develop it into its final form. This process is often referred to as idea execution.

Once you’ve established the core idea of a design, it’s time to execute it. Execution of a concept means taking that visual concept and expanding upon it in several different ways so that each element and interaction within the design system works towards achieving multiple goals.

While this is not a comprehensive list, here are some examples where conceptional design can be applied:

Oftentimes, conceptional design is used to determine how elements should work in a visual conversation. If you’re designing a logo or website banner with an image or typeface that lends itself to imagery and iconography, it might make the most sense to simplify the image and preserve the essence of your concept. If you’re designing an app for an iOS device, you’ll work to emphasize the functionality of that application.

A concept is only as good as the implementation. There are a variety of ways to go about executing a design using a given concept. For example, if your concept is based around iconography and imagery, it’s important to consider how the way color, perspective and surface area can be used to portray meaning in these designs. The following examples provide inspiration for building your own execution strategy:

When developing any kind of visual communication, it’s important to understand how colors can affect people on several different levels. In the context of conceptional design, it’s important to consider color in terms of both hue and value. That is, the purity of the color as well as the darkness or lightness of a given shade.

For example, if you have an idea for an icon that marks a location on a map, you can use colors to represent literal information:

Or if your concept is based around symbolism, you can use colors to represent intangible ideas such as trust and authenticity:

Colors also interact with objects in ways that can reflect light and create interesting visual effects when using them on physical surfaces. This is particularly important when considering brand identity systems where there are many elements that make up a larger brand story.

These color and surface examples are meant to be a starting point for your own conceptional development process. The best way to begin and sustain a conceptional design initiative is by finding meaningful visual associations that can be expressed with as few elements as possible. This has the potential to create an entire universe of possibilities surrounding the execution of a given piece.

To wrap up, here are a few important considerations for implementing your own conceptional design:

Use your core idea as a starting place. It’s best to develop several different ways to take a given visual concept further than just one way. Even if you’re developing one application or website, it’s important to have more than one idea, because it’s rare that you’ll be able to stick with only one core idea throughout the project lifecycle. Different ways of execution, in turn, create additional possibilities in terms of visual quality and commercial viability.