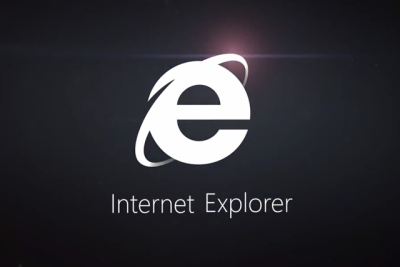 Network management and packet discrimination must be reasonable

The FCC is trying to prevent companies from being able to pay more to have an Internet service provider (ISP) treat its data better than everyone else’s. We’re not talking about charging you and me for a faster connection (which is fine), we’re talking about giving different types of data prioritization across the network, which would make things suck for everyone who didn’t pay for that service. This is now a no-no.

By allowing ‘reasonable’ packet discrimination, the FCC’s intent is to allow an ISP to make sure that its networks are running smoothly for everyone. This sounds great, and it would be, if ISPs weren’t apparently all greedy bastards. But more on that later.

Wireless ISPs (AT&T, Verizon, etc.) play by different rules, but the FCC does say that a provider won’t be allowed to block applications that directly compete with its own services. An ISP couldn’t block Skype, for example, if it competed with the company’s voice service, and it couldn’t block Google Maps to force you to use its own map app.

ISPs will be required to be transparent

If your ISP does need to do some of this “reasonable” packet discrimination for network management purposes, it’s required to tell you exactly what it’s doing and how it’s doing it. The ISP is also required to tell you (before you pay anything) which sites might be blocked, and what speeds users are getting. Realistic speeds, not all this “up to” business we’re used to.

This is bad not because we’re endorsing illegal sites, ’cause we’re not. It’s bad because it says that it’s okay to censor things, and censorship, even a little bit, is evil.

What the FCC thinks is reasonable and what your ISP thinks is reasonable when it comes to packet discrimination for network management are two entirely different things. The worst case scenario is that ISPs ultimately get to decide what’s reasonable and what’s not, which would be a disaster. Why? Well, an ISP might be able to argue that it’s reasonable for it to restrict the delivery of streaming video, since it takes up so much bandwidth, while trying to sell you cable TV at the same time. It’s clearly a conflict of interest, but that’s just the tip of the iceberg. Same with content blocking: by saying that sometimes it’s okay to discriminate against some kinds of data, it’s leaving the door wide open for abuse of the system.

The other ugly thing about allowing data discrimination is that the FCC isn’t applying most of these already questionably strict rules to wireless data, because they say that wireless has less bandwidth so it’s more reasonable for providers to prioritize content. This is pretty short sighted, considering that within the next decade at the outside, we’re all going to be relying on wireless connectivity pretty much all the time. It’s a terrible precedent to set.

In fact, the rules for regulating wireless connections is still pretty ill-defined at the moment, and it’s one area that could cause more net neutrality headaches in the years to come.

Two things are probably going to happen next.

First, Republicans (who were responsible for the two ‘nay’ votes on the five member FCC panel) are going to try to undo everything that the FCC is working toward because they say additional regulation goes against the spirit of the free market or something, which is bullshit. Your ISP wants to do what’s best for itself, not what’s best for you. Don’t fool yourself: it’s not the same thing.

Second, ISPs are probably going to take the FCC to court on what exactly constitutes “reasonable discrimination,” among other things. The companies may argue that the first amendment grants the right to deliver information through a company’s network however it wants. The scary thing is that ISPs such as Comcast don’t seem particularly concerned about these new regulations, suggesting that it’s confident that it can win some of the more important legal challenges. And if Comcast and others do win, it could set a legal precedent that could leave the FCC worse off than when all this started.

The FCC is releasing additional details about its ruling in stages, so it may be a little while before it’s entirely clear how everything is going to work. The initial perception, for instance, was that paid prioritization was going to be allowed, until the FCC followed up later to clarify (as Ars Technica points out) that it is in fact going to try to stop it from happening. Expect more clarifications like this in the near future.

The FCC has taken a well-intentioned first step that offers some small net neutrality benefits, but the deal is clearly a compromise with corporate interests and may not ultimately do much to keep the Internet free and open.

The Federal Communications Commission laid down some ground rules governing its vision for net neutrality this week. Net neutrality matters because it’s what keeps the Internet open and accessible to everyone, so this ruling is pretty important. How’d the FCC do? Not great, but we’ll break it down for you.